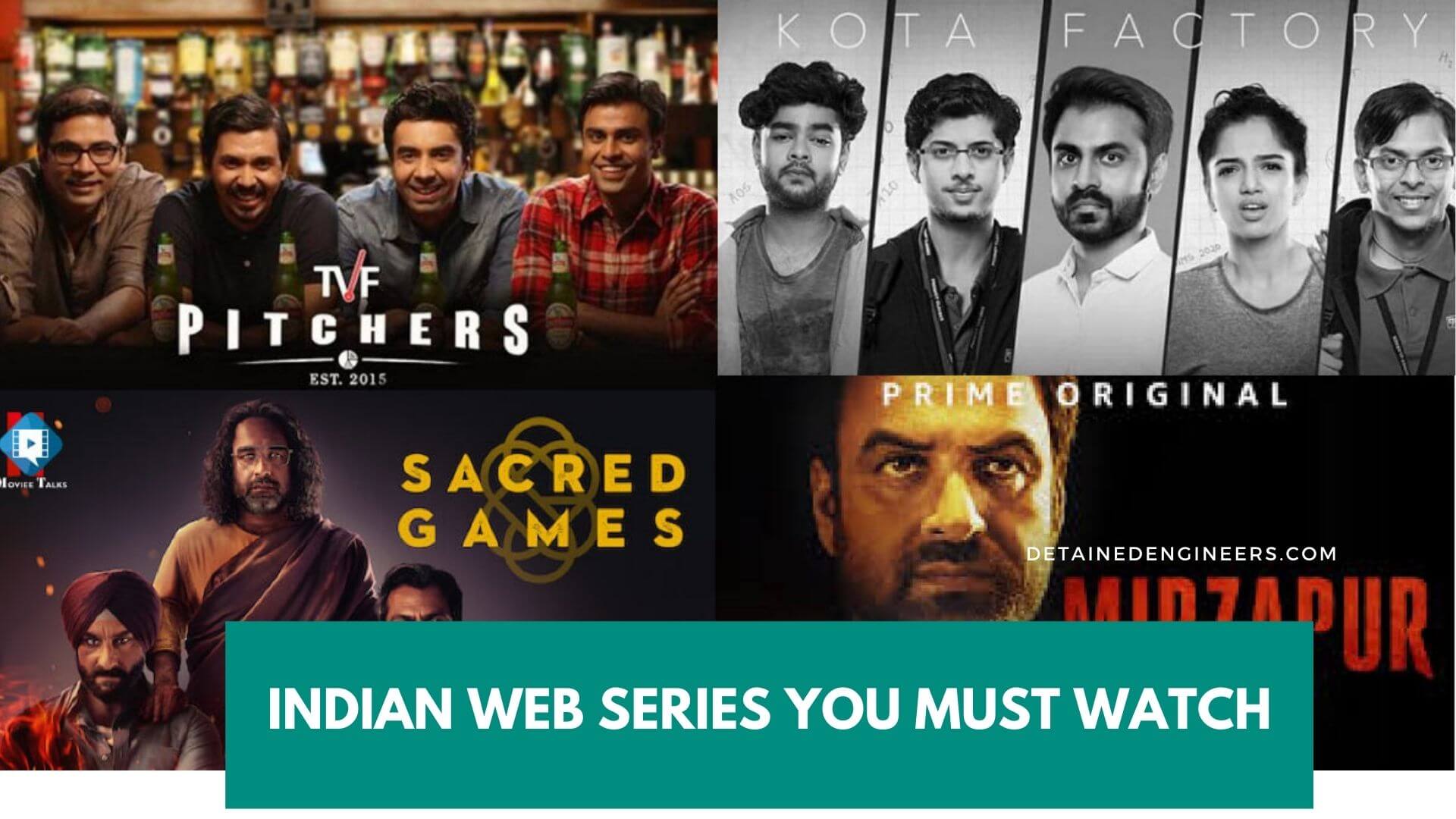 Here are the 10 Best Indian Web series Since the pandemic took over around the world, OTT platforms have seen a hike in their gross. India has evolved from Televisions and switched to online streaming space. It was sluggish to start back in 2014 when channels like “The Viral Fever” and “Qutiyapa” were releasing 10 Best Indian web series on YouTube.

Later in the coming years, the internet was cheaper and most of the urban locals shifted to OTT platforms for content. Netflix and Amazon Prime were new to the Indian Market. Several other online series providers came forward; many Television channels upgraded their levels to OTT platforms like Sony, Zee5 and Disney.

With the rise of providing online content, we came across many series that took over the internet with a bang. Here in the article, we are about to discuss the top 10 best Indian web series you must watch in 2021. The list is for those who are a newbie to online series or missed out on the best ones.

The Pratik Gandhi starrer, Scam 1992 is the story of a late Indian trader, also known as “The Big Bull” Harshad Shantilal Mehta. He was a successful trader during the 1980s and 90’s who became one of the top brokers of the country during the era.

The story focuses on how Harshad Mehta found flaws in the system and grew so big that even the Government has to indulge. Usually, most of the series are one-time watch but Scam 1992 can be watched again to enjoy the attitude, motivation and of course the Music. The series can be found on Amazon Prime having 10 episodes with around 9 hours of playtime.

With a very capable star cast of Nawazuddin Siddiqui, Saif Ali Khan, Radhika Apte, Pankaj Tripathi and many more, Netflix’s Sacred Games blew the internet after its release in 2018. The Thriller story revolves around the mafia war and the rise of a new gang in Mumbai city. This is one of the top 10 best Indian Best Series which you can enjoy.

It is a great one-time watch series with a great story and suspense. Every actor in the series played their part well. Netflix released it in two parts with 8 episodes in each of them.

Pankaj Tripathi has been the godfather in the series, Mirzapur is the highest-grossing series for Amazon Prime. The ensemble cast also involves Ali Fazal, Divyendu Sharma, Vikrant Massey, Kulbhushan Kharbanda and so many others.

The thriller is action-packed, the story is simple but engaging. It is one of the best web series to watch on Indian OTT platforms to binge-watch. It has currently released 2 seasons and 3rd season is still under the shooting phase.

It is a great one time watch present on Amazon Prime. Led by Manoj Tiwari, it is a story of an Indian government officer on the field handling his duty. But the twist comes when the serviceman has to handle his family along with the duty.

Amazon released the first installment in 2019 and was instantly a hit. The second season is still in pipeline and about to release in June 2021. Season 1 has 10 episodes in total. This is also the one of the best top list of 10 best Indian Web Series.

The Viral Fever’s Pitchers is a 5 episode series available on the TVF app and YouTube. It is a must-watch for all entrepreneurs in today’s era. The story revolves around 4 college friends who are successful in their respective career yet plan to start their college dream of starting their own company.

The story is engaging and showcases the dedications, ups and downs of entrepreneurs.

A very lovely and reality-based story of students who prepare in the city of Kota, Rajasthan to get into IIT. With the series, TVF showcased their potential in realizing the hardship a student goes through in various institutes to achieve a degree in Engineering from the reputed IITs.

It is a family show and can be watched with every age group in the family.

A mind-blowing thriller that can question the viewers’ perspective in every possible manner is the series named Asur. It was released on the Voot app and the cast involves Arshad Warsi, Anupriya Goenka, Barun Shobhit and many other television actors.

The story is engaging and with lots of twists and turn makes the viewer wanting for more. It is an 8 episode series and the release date for season 2 still awaited.

Another Amazon prime web series with not very big names attached to it, yet a great story making the show a great binge watch. The story is led by Jaideep Ahlawat, a dedicated cop in the Capital City Delhi waiting to get a respectable criminal case to proceed in his service to a higher rank. The series is a 9 episode series.

It is a great approach by the Indian OTT platform in science fiction based on time travel.  The ensemble cast includes Abhay Deol and Pankaj Kapur is a great eye-opener for all those who think it requires a high budget to make a successful series. The story revolves around an aeroplane that crash-landed after 37 years of flight. The 4 episode series is available on the Sony Liv app.

With so many thrillers in the line, Panchayat is a series that can give tickles to the viewer. The story is a light-hearted comedy-drama featuring Jitendra Kumar. It showcases the struggle of a boy stuck in a government job and posted in a village hardly anyone cares about. It is rolled on Amazon Prime and listed as one of the best web series on the Indian OTT platform.