Home TRAVEL Best top 10 Places to Visit in the World 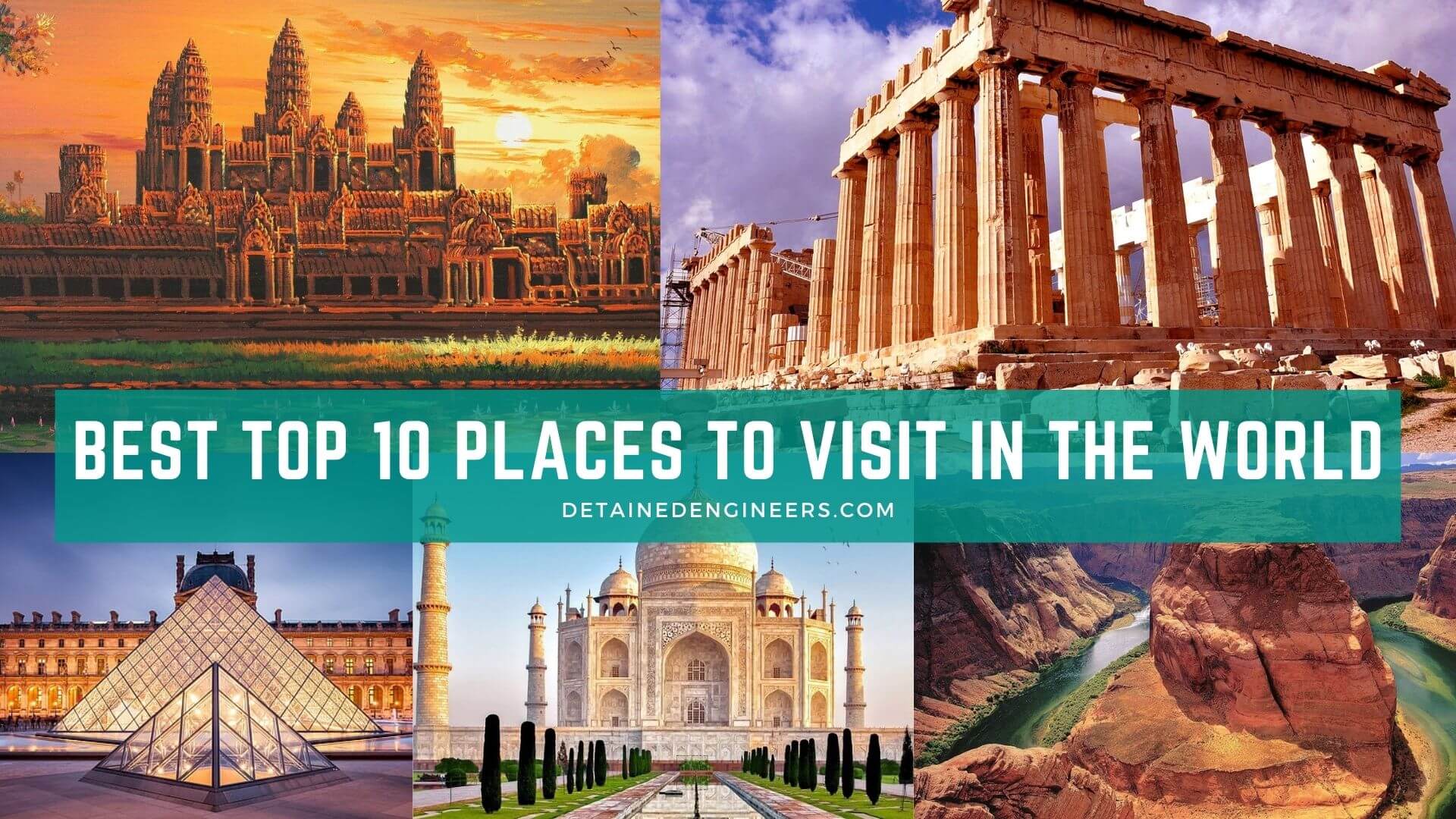 Grab your passport and we are going to tell you the most places you should visit to have the time of your lifetime. So, today we are counting on the Top 10 Places to Visit in the World before you die. For this article, we have listed based on the scenic locations, history and safety to give a list that suits everyone’s bucket list.

If you are up for visiting southern Asia, you cannot miss Angkor Wat’s ancient temples. This is the largest religious monument in the world. It reserves both Hindu and Buddhist temple. It was built in the 12th century, Angkor Wat is voted as the number one site to visit in the world. The place is huge and requires at least half a day to explore the location. For an extra treat, visit the temple before dawn to explore the sunrise at the temple.

Constructed in 447 BC as a tribute to goddess Athena, Parthenon is one of the few relics in Greece that is still standing. The Parthenon is located on Acropolis, an ancient elevated site that comprises of historical ruins. If you are planning to visit Parthenon, do make sure to carry a tour guide or Audio guide to explore the location. The location is very popular among tourists, so try to get there early in the morning or just before the sunset to avoid the crowd.

It is one of the most visited museums in the world. It holds more than 35,000 worlds of art, ranging from classical to modern. The tip to visit this beauty is to avoid the main entrance which usually is crowded, instead, try the underground Cohoes de Louvre entrance. Museum has such a vast range of art for all the visitors, it is best to make a list of what part you want to explore to channelize your visit.

Also, don’t forget to see the famous Mona Lisa painting in the museum.

Listed in the World wonders, Taj Mahal in Agra, India is a must for the explorers around the world. It was build was a Mughal Emperor Shah Jahan in 1632. The tomb was built to hold the history of one of his wife, Mumtaz Mahal who died during childbirth. It is considered as one of the most romantic structures in the world. The best time to visit is through the cooler months of October to March.

It is one of the locations that you need to see to believe. It is nearly impossible to capture the scope in a single photo. Located in Northern Arizona, Great Canyon is a great one day trip near to Las Vegas or more number of days trip for the adventurers. There are no easy hikes into the canyon for the trekkers too, so if you want to hike to the bottom, stay prepared to spend a night there.

No trip to Italy is complete without a tour to Colosseum. It was built by the Roman Emperors as an Amphitheatre and place of Entertainment. You can skip the lines by buying tickets online, but they may charge a little extra as a convenience. If you want to save even more, go on the first Sunday of the month when the admission is free. If you can spend more time, do check Venice which is just a 3.5-hour train trip from Rome.

The Incan settlement of Machu Picchu is one of the best-kept secrets from history. During the invasion and colonial rule of Ruler of Peru, Spanish never came upon the ancient city. The modern-day was introduced to the locals in 1911 discovered by an American Archeologist. It is believed as a historian palace built-in 15th or 16th century and today it is one of the rarest and best Places in the World to visit.

It is the world’s largest structure made by an organism, located on the northeastern coast of Australia in the Queensland region. If you want to visit these Best Places to Travel, go as soon as possible as the Global warming is causing an effect on the reefs and ecosystem. The most important sections are the cairns reef and the ribbons reef. You have to scuba dive to enjoy the beauty.

The Great Wall of China, China

The epic structure has a history of over 2300 years, whereas the oldest section is prolonged to be of 7th century BC. Some of the sections have fallen over the years, however, a cumulative length of the walls measure 13,000 miles. It is conveniently located near the city Beijing. The traveller needs to be physically capable of climbing up and down the stairs as there are many.

The oldest of the seven wonders and only one standing is the Great Pyramids of Giza in Egypt. Present in the Libyan Desert is an awe-inspiring to behold and Best Places in the World to Visit. There are many things still unexplored about the pyramid and made thousands of year back by pharaohs with the minimal of technology. For the best view, take a taxi to the viewpoint.

Detailed Information on the Olympic Games Tokyo 2020, To Be Held...