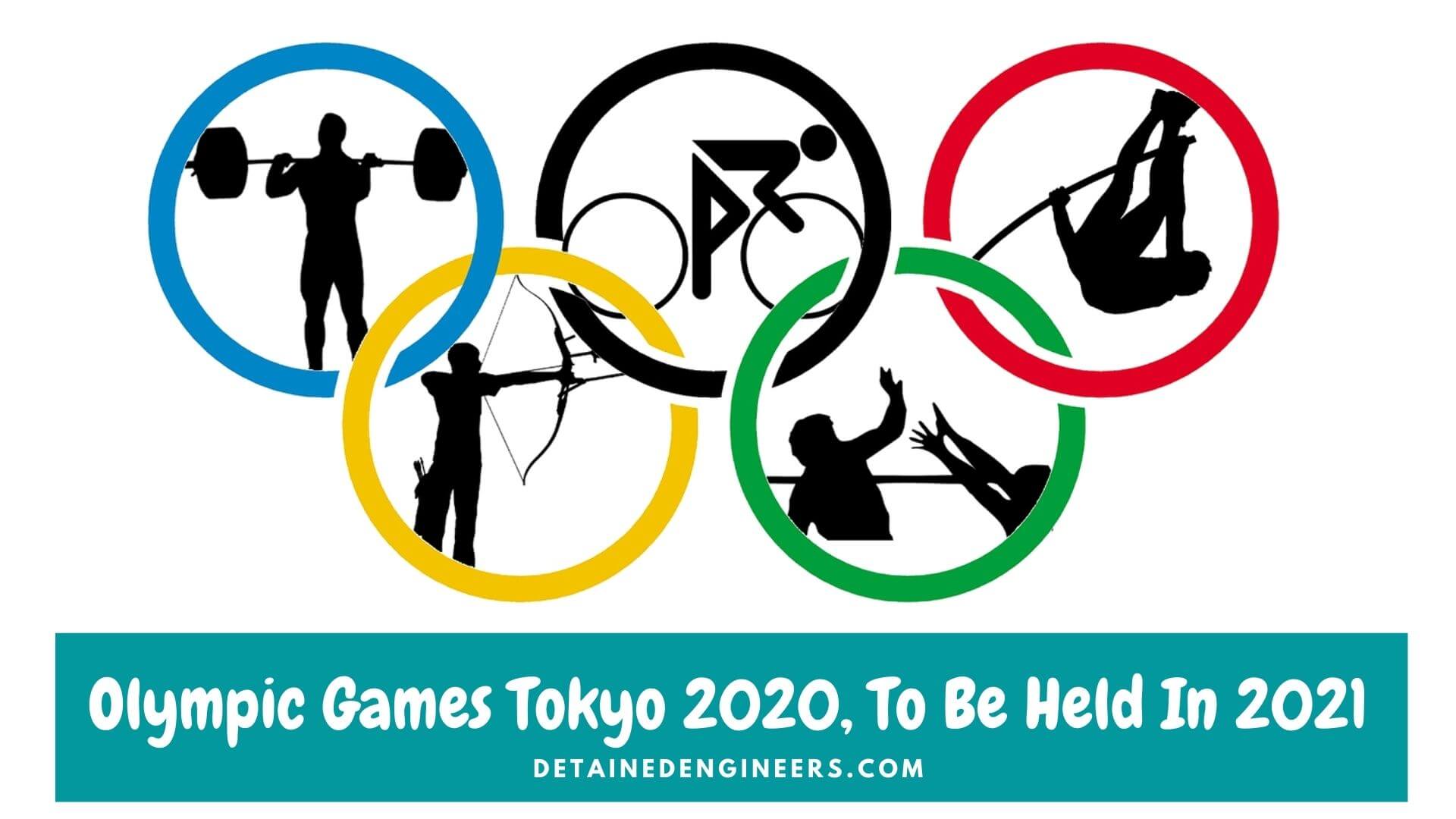 Olympic Games Tokyo 2020 aka the 2020 Summer Olympics is XXXII Olympiad of the series. It was supposed to be held from 24th July to 9th Aug 2020. Since Covid19 has hit the world, the Olympic Games Tokyo 2020 dates got postponed to 23rd July to 8th Aug 2021. Despite being postponed, the event is still named “Tokyo 2020” for marketing it better. It will be the second time that the Olympics will not be held in a Leap year and first time to be postponed completely.

Tokyo was selected in the 125th IOC session took place in Buenos Aires, Argentina. Tokyo is hosting Olympics second time, first was in 1964 and was the first city in the Asian Continent. So, this article will give you a gist of the details of the Tokyo Olympics 2020.

Various new games will be added in Olympic games Tokyo 2020 along with other sports in the Olympics. The newly added games are –

The competition involves 33 sports and 339 medal events and 42 venues, the events start 2 days before the actual opening ceremony on 21st July. The medal ceremony will start by 24th of July for 10m air rifle shooting Women’s category. The day is scheduled for a total of 11 medals including the Judo competition.

Golden Sunday – 25 gold medals are to be distributed by the first Sunday of August. These will include, 100m running in athletic, four artistic gymnastics events and Men’s Tennis singles will be on the cards.

Peak Week – By 7th August 2021, 34 more medals games will be held. These include women’s marathon in Sapporo, Baseball finals and Men’s football, Basketball and Volleyball too.

Inclusive new sports – The 5 new sports will be held in the last week of July and the first week of August. 3×3 Basketball will commence on 24th July, 25th July is allotted to Skateboarding, Surfing on 26th July. Sport Climbing will be held on 3rd August followed by Karate after two days. These are the new games are that which was added in the Olympic games Tokyo 2020.

Tokyo, the capital city of Japan is the most technologically advanced city around the world. The Olympics is such a city is going to see symbolize the cities high-tech goon. It is presumed that the admins are planning to present a visual treat for the spectators on the opening ceremony.

The most visually stimulating ceremony in history, the spectators in the stadium might find Robots welcoming them and guiding to their respective seats. Flying Machines in and around the stadium will be zooming through the stadium to showcase the best visual display. And the audience will be seeing all this via multi-lingual app in their smartphones.

The visitors will also be taken care of by robots for the best places to visit, transport, food and entertainment. Robot taxis will also be available for travelling stadium to stadium.

3D Laser technologies for analyzing athletes’ action and score are also part of Olympic Games Tokyo 2020. These can be utilized in sports like Synchronized Swimming and Diving, Surfing and Skateboarding.

Last but not the least, Old Phones – New Medals is a concept in the Tokyo Olympics. They are using the precious metals found in Old Phones to mould into Medals. This is to encourage recycling and providing a new way of living for our future.

The chairperson of the Olympics community stated the Olympic schedule is confirmed. They will make no changes in the dates and time of games. This leads to the Olympians to make a concrete plan on preparing for the respective sport.

Mori Yoshiro, the Organizing Committee President, Tokyo hailed the booking venues and IOC President Thomas Bach will be the head of Global Organizing committee for the second year.