Home ENTERTAINMENT 5 Biggest Scams In The History Of India 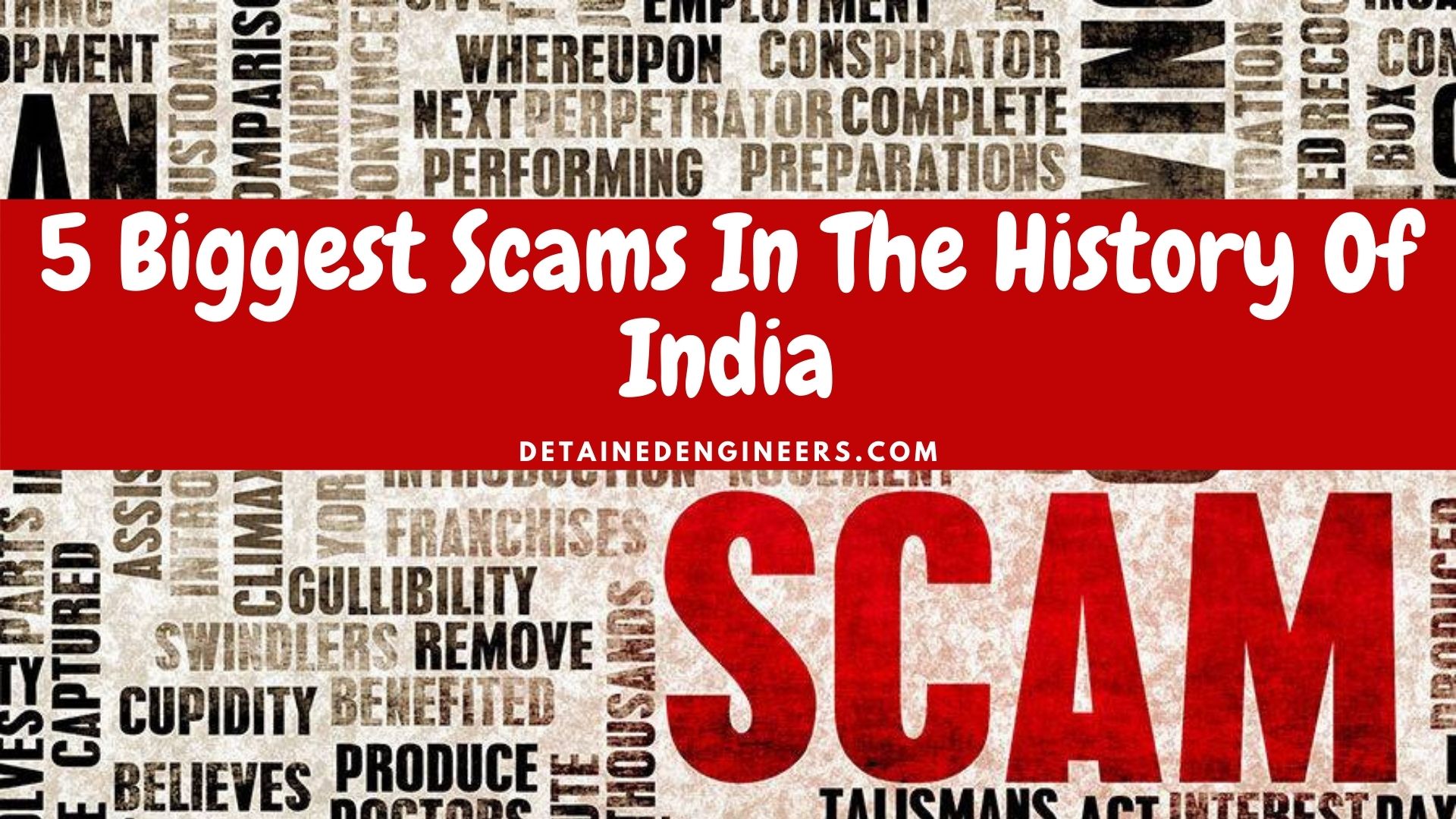 Scam is the word which make us think that how rich India is? When we were kids, we were told by our parents that India was a Golden Bird before the British invaded India. They are alleged to take control of the most glorious country around the world around 270 years ago. How much have the Indian Financial situation has improved since then? Correct, Not much.

India has always been prey of rampant corruption and weak government norms. At the end, who is to pay the money, the Precious Taxpayers. Today, through this article, I am going to light up 5 biggest scams in India which shook the government and the country.

The famous stockbroker of late 1980s and early 1990, Harshad Mehta became the buzz in 2020 due to the web series released by Amazon Prime. He managed to figure out the loophole in the Governmental norms. Involved in a scam like the Bank Receipts Scam, Stamp Paper Scam and Ready forward deal scam Harshad Mehta, the Big Bull was quite a personality.

He managed to take a huge amount of loans from various banks and put it up in the stock market, and then through fictitious practice, he would raise the stock prices of the specific company he is investing in. This process was running well until the stocks crashed and the loss was so huge that the total amount lost was INR 10,000 Crore which was more than the total health budget and education budget of India combined. He was arrested in 1992 and was kept in custody for 5 years for fraud.

How about a celeb Diamantaire who was handling famous IPL for the country? Mr Nirav Modi with his uncle Mehul Choksi scammed the renowned Private bank, Punjab National bank (PNB) and disappeared. The non-repayment cases in banks are not new but the Jeweler businessmen became an exception as the amount of loan he had managed to take from the Bank were whooping Rs. 13,500 Crore.

The Bank officials accepted that the loan was issued by some of the senior management officials through violating the rules of issuing such a huge amount without a legal guarantee document. Nirav Modi used to receive the amount in the overseas bank branches through SWIFT financial communication system. This led to the taxpayers’ money to be lost in the end. Even though the fugitive is arrested in London, in the year 2019, the money is still far from retracted.

Former owner of Kingfisher, Vijay Mallya was again a celebrity and a former member of Parliament took a loan from multiple (17) banks and vanished. The loan amount was over Rs. 9,000 Crore. He was accused of fraud and money laundering cases.

Vijay Mallya was a businessman involved into brewery business. The business was profitable but on the bigger picture, when he thought of expanding the business, he chose Airlines. Soon after the initial days, the airlines went into breakage and he needed money to keep running. Loans were taken through various banks but led to nowhere and finally collapsed to a limit that he had to leave the country instead of the repayment of loans. He was also arrested in London but hasn’t been sent to India for further Enquiry.

Ketan Parekh was the second person who could shake the Bombay Stock Exchange (BSE) after Harshad Mehta. He was a protégé of Harshad Mehta and knew the market in and out. There were some stocks where Ketan Parekh could extract 200% of the annual return on various stocks.

He started playing the operator of the market and as the market came in control, he got involved in insider trading. And again like his teacher, he took an unguaranteed loan from banks and invested until the stock market crashed and got Ketan into trouble. He was found guilty of investing a loss of Rs. 2,000 Crore and arrested.

This was a scam produced by the former promoters and managers of Satyam scam, Security and Exchange Board of India. They were able to carry out fraud on a huge scale, Ramalingam Raju, his brothers and 7 others were accused of the fraud.

He and his allies were arrested for the Biggest Scam in India and each jailed for 7 years. The fraud was carried out by overstating the amount in the balance sheets of the various transactions in Exchange books. The total amount incurred was Rs. 14,162 Crore. The scam broke-out as Ramalingam Raju wrote confession letters to the SEBI and Stock Exchange.

Here is the most trending news: read more…